To know more about

Discover all our news, our events and see all our informations on the dog !

Foxtails are a real danger for your dog ! 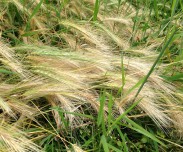 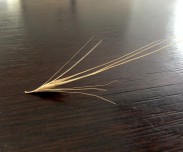 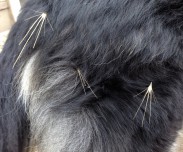 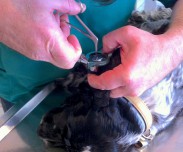 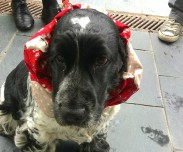 Foxtails are dangerous for your dog at certain times of the year.  Dogs typically affected by these are those with long coats and drooping ears such as Cocker Spaniels and Springer Spaniels.

They are the seed-bearing spikelets of some types of grasses resembling oats and barley, which flower between April and September.  When the seeds are ripe they are a real danger for some domestic animals, dogs in particular.  They get lodged in the coat, ears, nose or paws and work their way into the body, but cannot be pulled out as their barbs prevent a backwards movement.  The symptoms of an embedded foxtail depend on where it is (often in the ears, between the toes, less often in the nostrils).  If it is lodged in an ear, the dog will shake his head violently, tilt his head to one side, and scratch his ear trying in vain to get rid of it.  This often occurs during a walk.  If it is lodged between his toes, the dog may limp and will lick his foot ; there may also be a painful abcess between his toes.  The only treatment is to remove the foxtail, often using tranquilisers or even under general anaesthetic.  Additional treatment such as local antibiotics, general antibiotics or pain killers may also be necessary.

Follow our news and stay tuned for info on our new