To know more about

Discover all our news, our events and see all our informations on the dog !

The Newfoundland is an impressive but lovable dog 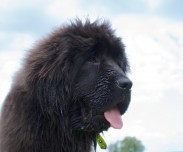 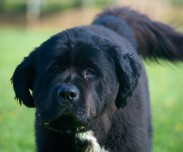 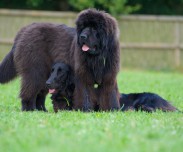 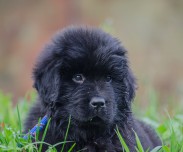 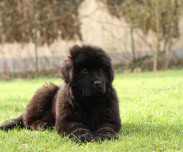 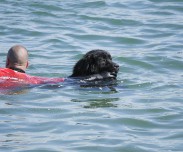 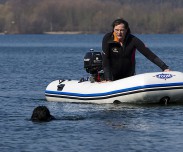 ” The Newfoundland is descended from a breed indigenous to the island of Newfoundland crossed with large dogs introduced by the Vikings in the year 1001 A.D. to hunt bears.  With the arrival of European fishermen the breed was improved by crossing with other breeds, but the original characteristics were maintained.  In 1610, in the early days of colonisation, the distinct physical characteristics and mental attributes of Newfoundlands were already established.  At the end of the 18th century Newfoundlands were used to haul logs, and were counted as part of the crew of Newfoundland fishing vessels.  They were used to pull in fishing nets, to carry objects and to save men who fell overboard. ”  (Wikipedia)

Newfoundlands are famous for their ability to carry out sea rescue, but they are also well known for their calm and gentle disposition.

Faithful to their owners and to humans in general, they are ” the perfect family dog “.

Capable of giving his life even for a complete stranger, this gentle giant gets on well with other animals.

They are very sociable and enjoy the company of other dogs.

Newfoundlands are affectionate – sometimes almost too affectionate.  Devoted to their masters, they don’t appreciate being left alone, but will accept this if their
masters spend quality time with them whenever possible.

Both !  But keep off intensive sport until he’s at least 18 months old !

Although he’s ranked among the biggest breeds, the Newfoundland isn’t really a guard dog.  But his size is off-putting.

The Newfoundland doesn’t need any special grooming.  Daily brushing with a fairly stiff brush is enough.

Males approximately 72 cms at the shoulder, 65kg – 70 kg.  Bitches 65 cm, 50 to 55 kgs.  The Newfoundland can be black, black and white, or brown (other colours are not recognised in France).  His eyes should be dark brown (slightly lighter in brown dogs).  The Newfoundland is « a huge dog with a powerful and muscular body ».

Generally speaking there may be problems with hips, elbows, heart and kidneys with cystinuria.

Food should be adapted according to his activity, and should be of excellent quality.  Newfoundlands are not greedy, and if they are not « forced » to eat with « extras » in their bowls, they should keep slim.

Only one piece of advice – easy – be more stubborn than he is !

Follow our news and stay tuned for info on our new